A mucocele is a cyst-like lesion in your mouth, most commonly found at the surface of the lower lip. It can also be found on the inner side of the cheek, on the anterior ventral tongue, and on the floor of the mouth. When found on the floor of the mouth, the mucocele is referred to as a ranula. A ranula is generally quite large, and often caused by a blocked submandibular duct. If you suspect you may be dealing with this condition, it’s best to speak with Dr. Larian and his group of experts at the CENTER, where you will be provided with excellent and focused patient care as well as a team approach to medicine not found elsewhere.

The size of a mucocele varies

From 1mm to several centimeters, and they are usually slightly transparent with a blue tinge. On palpation, mucocele may appear fluctuant, but can also be firm. Some lasts day, while others unfortunately last years. In some cases, there is recurrent swelling, with occasional rupturing of the mucocele content. If you’re experiencing this, it’s important to contact an experienced mucocele surgeon.

Painless, and harmless, but can be bothersome because you are so aware of the bumps in your mouth. Mucoceles may also interfere with eating or speaking. Moreover, if left untreated, they can organize and form a permanent bump on the inner surface of the lip.

Symptoms of a mucocele

A mucocele is caused by a blocked gland duct

This blockage does not allow the saliva to be released into the mouth, which in turn causes saliva to back up into the gland, increasing its size. The thin, fluid-filled sac usually appears on the inside of the lip, but can also occur on the tongue, palate, inside the cheeks, the floor of the mouth, or around tongue or lip piercings. The sac is, in general, bluish and clear.

Although some mucoceles resolve themselves, most remain large, continue to grow, and cause continuous problems. Unfortunately, simply popping or removing the fluid from the gland does not resolve the problem because the duct will continue to stay blocked. That is why the preferred treatment of choice for mucocele is surgical removal. Because most mucoceles occur on the lips or inside the mouth, they can be easily removed through a simple, small incision. An experienced Ear, Nose, and Throat specialist will be able to safely and easily remove the affected gland without any complications.

If you have a mucocele or ranula in your mouth, schedule a consultation with Los Angeles ENT specialist Dr. Larian today by calling (888) 687-6118.

Next, learn about salivary gland stones. 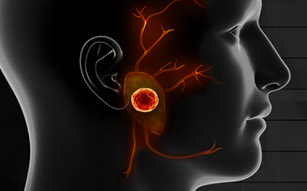 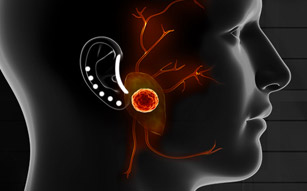 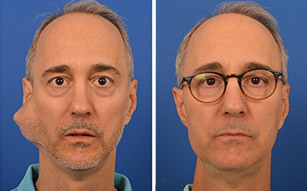 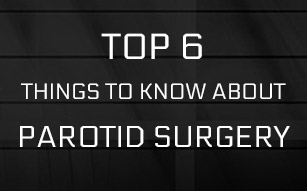 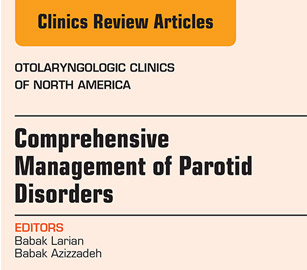 My parotidectomy was successful and I felt cared for through the entire journey. Andrea C.

From my initial contact with Dr. Larian and his staff I knew I had come to the right place. I felt like I was being welcomed into a family--a family of world-class experts in the arts of medical care and emotional care. Roger J.

The minute I woke up from the general anesthesia I was able to smile normally, shake my shoulders, move my neck, and blink my eyes just like before the procedure. Vahe H.

The minute I woke up from the general anesthesia I was able to smile normally, shake my shoulders, move my neck, and blink my eyes just like before the procedure. Vahe H.

My outcome following parotidectomy was far better than I expected. I will be forever grateful to Dr. Larian. He is a brilliant surgeon who has an excellent bedside manner. Kelli W.

We have put together a list of the TOP 6 THINGS TO KNOW ABOUT PAROTID SURGERY to help you through your parotid surgery journey.